Wine in Greece: rediscovered country01 May 2019Next 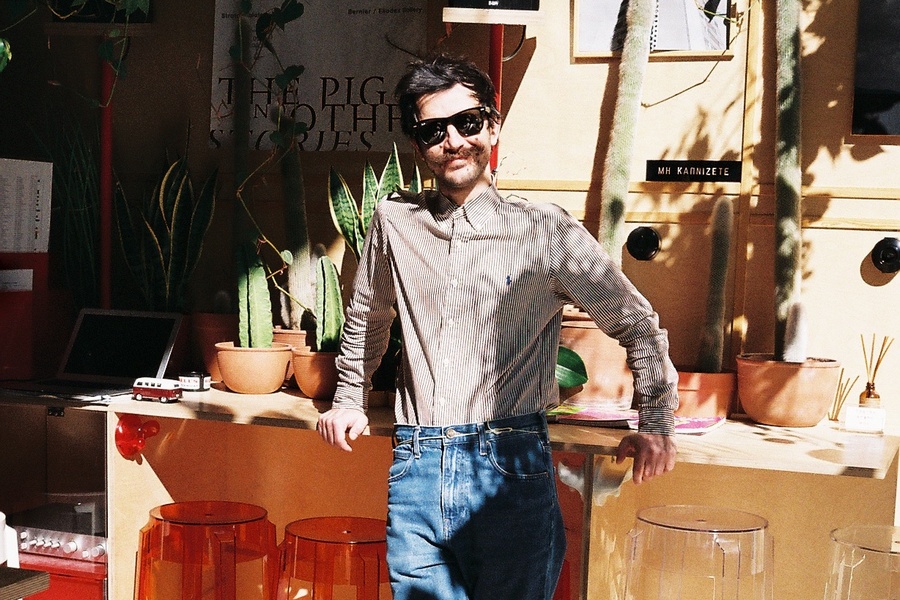 Stergios Tekeridis (owner of Athens wine bar, TANINI AGAPI MOU – TANIN, MY LOVE) was living in Paris when he became acquainted, by chance, with wines.  While working at the Michelin star awarded restaurant, Le Mavrommatis, he was immersed in the world of wines. He furthered his knowledge with studies in Wine & Spirit Education Trust, and later learned about wine sales while working for Chatzigeorgiou Winery.  After establishing two businesses in Kavala—the indie bar, “Alice has the wrong boyfriend”, and the wine bar, “When Myrsini fell in love with the bakery”, he decided to go into business in Athens. He chose an area of the city that agreed with him to focus on his goal of promoting the product he knows best—quality Greek wine.

We asked Stergios a few questions about himself and about the Greek wine industry:

1. What is your favorite food? What wine would you pair it with?

-Stuffed peppers and tomatoes, paired with a low-intervention Roditis wine.

-I prefer the following varieties: Xinomavro, Agiorgitiko, Roditis and Assyrtiko.  My favorite everyday wine is usually a quality retsina.

3. Tell us about the three best wines you’ve tried recently.

-I prefer not to answer this.  Perhaps a risky choice, but I considered the question carefully before making it.

4. Could you recommend a few wines with an excellent value for money?

-Any attempt to make a low intervention wine is always an excellent, quality choice for many reasons.  It should not be more than 15-20 euros.

5. What inspired you to work in the wine industry?

-Luck.  For as long as I can remember, I have always encouraged myself to dive into the abyss. Chaos – it moves in our midst with the name of “luck”, bringing with it infinite freedom.

6. What do you love the most about your work?

-I have learned never to trust logic or facts, but instead to listen to my heart and my instincts.  From my experience, it has become clear that people do not buy WHAT you do, but WHY you do it.  Without WHY, any attempt to be authentic almost always is not authentic. I love WHY I do what I do.

7. What type of customer do you find most irritating?

-Customers are not always right, but there’s no doubt they have the right to believe what they want.  As such, I’ve never considered any customer as particularly irritating.  On the contrary, in a humble attempt to switch the question around, I would characterize as irritating a certain type of businessperson that I’ll baptize as “primitive”.

These primitive people are a type of semi-illiterate, superficial and spiritually nouveau riche businesspeople interested in providing food service for the masses, who pride themselves for their successes, having spent thousands of euros in anything BUT the proper preservation and storage of wines. At best, there is one wine refrigerator for 15 to 20 labels of their most expensive wines, which they look at with pride in the display area.  The other dozen (or hundred) stand vertically on some shelf, boiling, as if preparing to play a role in Dante’s Inferno—often at 25 to 30 degrees Celsius in the summer.

With profit as the ultimate goal (and without any kind of meaningful investment), these primitive types will often argue, “and who understands the difference?” Unfortunately, they overlook the fundamental prerequisites needed for the proper enjoyment of wine. The Greek consumer doesn’t need the 3000 euro imitation Murano chandelier made by an unknown company, nor the poor reproductions of Charles and Ray Eames.  He needs wines that are well preserved and served in the right way.

8. What is your favorite book? Film? Music?

Movie: “Down By Law” by Jim Jarmusch

9. What is your opinion about the present and future of Greek winemaking?

-I think that Greek wine producers need to stop isolating themselves from one another. Some behave as though they’re in bumper cars at an amusement park in the Wild Wild West of the wine business. They’re not fooling anyone.

It is necessary for all of them, without exception, to show patience.  Wine needs people who are mainly insightful.  Today the entire system, from the producers to the distribution network, to the final destination, is called upon to look for solutions that value quality and professionalism.  With love as a value.  The French believe that the vineyard is the Alpha and Omega of quality in wine.  Undoubtedly, they are right.

Many producers here in Greece think that they produce the best wine in the world and that if the public does not acknowledge this, the problem does not lie with them (the producers) or their wines, but with others.  The Greek producer will go beyond the national borders only when he truly finds himself.  When he acquires an identity and a face.  When he stops criticizing himself for that which he is not and accepts himself for that which he is.
10. Greece and wine tourism: where are we now and where are we headed?

-We are in the Oenosophy stage and we are doing well (as an old fellow student, Ioannis Papanikolaou, likes to say). 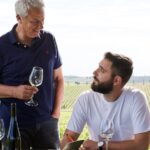 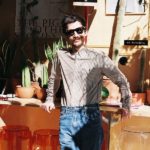